I had a plan, involving prequels….and them being ready by March 2018….but life happened! I’ve changed those plans a little…..and now have a number of bits of work to juggle. For a start, I took advice and decided that one prequel element is going to be a major part of the plot of the third book in the Soul-lights series. Another prequel idea wasn’t really strong enough, and the third? Well, that’s on it’s way to becoming a full stand alone novel (in the same series, but it can be read separately). The provisional name for that one is Drowning in Demons.

I’ve been fortunate enough to be on author panels at SciFi in the City in Sheffield in 2017 and at SFW 9 in North Wales this spring, and even managed to sell a few books at those events….thanks to Sam Stone and David Howe of Telos Publishing allowing me table space and including me in the events . 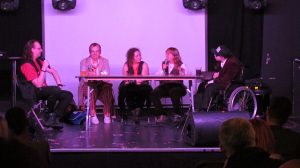 Dr Who Panel at SciFi in the City 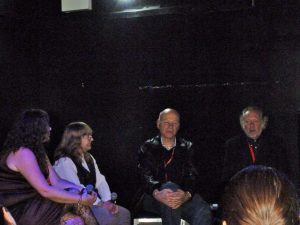 Self Publishing Panel at SFW 9 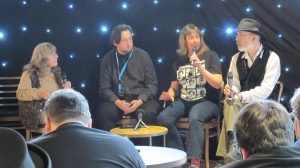 I’m also trying to find a new publisher for the series, if possible, and find a publisher for the Welsh Folk Tales Book I’m working on. Then there’s another stand alone novel set in the Cotswolds (not a series) and a possible, tentative collaboration with an artist in Abergavenny whose work I love…..Mmmmm! I’d better get writing!

She also builds puppets for her own work, and for other people. For examples of these visit Touchstone Puppets